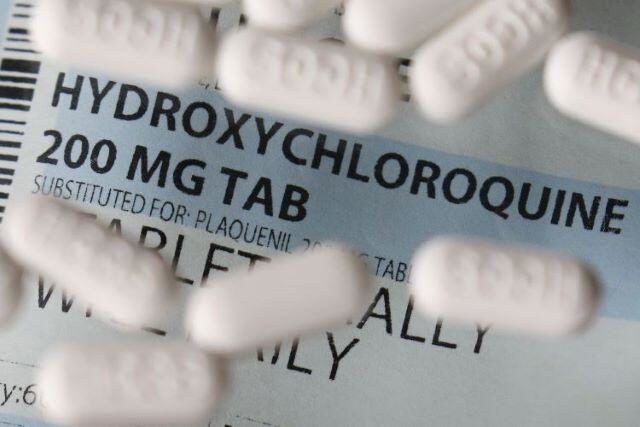 The World Health Organization said on May 25 it had temporarily suspended clinical trials of hydroxychloroquine as a potential treatment for COVID-19 being carried out across a range of countries as a precautionary measure.

The decision came after publication last week of a study in The Lancet which indicated that using the drug on COVID-19 patients could increase their chances of dying, WHO chief Tedros Adhanom Ghebreyesus told a virtual press conference.

Tedros said that the executive group of the so-called Solidarity Trial, in which hundreds of hospitals across several countries have enrolled patients to test several possible treatments for the novel coronavirus, had as a precaution suspended trials using that drug.

“The Executive Group has implemented a temporary pause of the hydroxychloroquine arm within the Solidarity Trial while the safety data is reviewed by the Data Safety Monitoring Board,” Tedros said.

“The other arms of the trial are continuing,” he stressed.

Hydroxychloroquine is normally used to treat arthritis but pronouncement from public figures including U.S. President Donald Trump — who announced last week he is taking the drug — has prompted governments to bulk buy the medicine.

The Lancet study found that both drugs can produce potentially serious side effects, particularly heart arrhythmia. And neither drug benefitted patients hospitalised with COVID-19, according to a Lancet study, which looked at the records of 96,000 patients across hundreds of hospitals.

Tedros stressed on May 25 that the two drugs “are accepted as generally safe for use in patients with autoimmune diseases or malaria.”

WHO chief scientist Soumya Swaminathan told on May 25’s briefing that the WHO-backed Solidarity Trial had been looking only at the effects of hydroxychloroquine and not chloroquine.

The decision on suspending enrolment for trials using hydroxychloroquine was “a temporary measure”, she said.

While there is still no approved treatment or vaccine for the novel coronavirus, drastic measures that at one point saw half of humanity under lockdown have pushed down transmission rates in a number of countries.

As many nations begin to gradually lift restrictions, the WHO on May 25 stressed the need to keep up with physical distancing measures and to scale up efforts to test and detect cases.

“All countries need to remain on high alert,” WHO expert Maria Van Kerkhove said, stressing that “even countries that have seen a decline in cases must remain ready.”

She warned that studies using antibody tests to determine how many people have been infected and might have some level of immunity “indicate that a large proportion of the population remains susceptible.”

“The virus will take the opportunity to amplify if it can,” she said.

Ryan agreed, urging countries to “continue to put in place … a comprehensive strategy to ensure that we continue on a downward trajectory and that we don’t have an immediate second peak.”

He warned against the idea that the pandemic might move in natural seasonal waves, stressing that the reason transmission is going down in a number of countries was the drastic measures put in place.

“My concern right now is that people might be assuming that the current rapid infections represents a natural seasonality,” he said.

“Making an assumption that it is on a downward trajectory, and the next danger point is sometime in October or November, I think that would be a dangerous assumption.”

“If we take the pressure off the virus then the virus can bounce back,” he said.