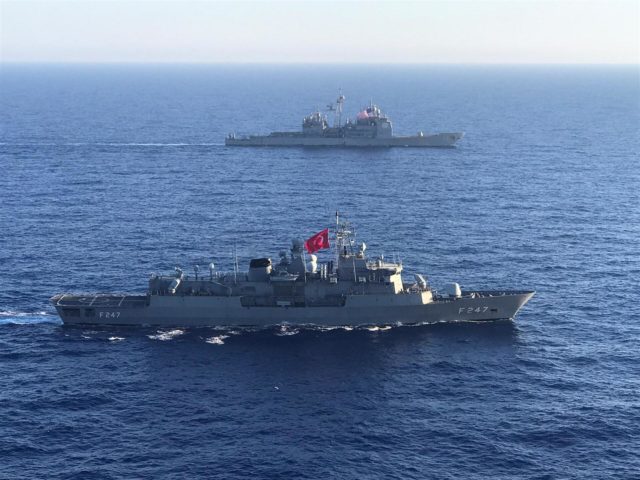 Turkish and American navy forces have carried out joint maritime trainings in the central and eastern Mediterranean Sea, the Turkish Defense Ministry said on July 29.

The exercise came as a standoff between Turkey and Greece has been resolved after Germany’s mediation.