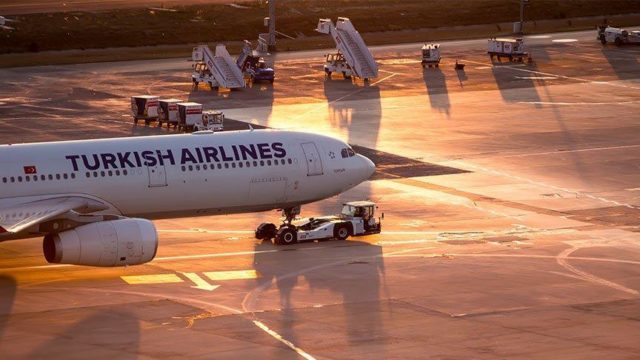 Turkish Airlines (THY) is set to resume flights between 16 cities in six European countries, including Germany, the Netherlands and Austria and Turkey, on June 18, the flag carrier’s senior official has announced.

“We will launch flights from Basel to the southeastern province of Gaziantep and from Frankfurt to the eastern Elazığ province on June 18. We will recommence direct flights from 16 cities in Europe to 14 destinations in Turkey,” Yahya Üstün, senior vice president for media relations at Turkish Airlines, wrote on Twitter on June 2.

The other countries from which Turkish Airlines will resume direct flights include Switzerland, Sweden and Denmark.

THY and local low-cost carrier Pegasus as well as SunExpress already resumed their domestic flights on June 1 after the country eased more restrictions to move towards a “new normal” amid the coronavirus outbreak.

Meanwhile, Turkish Airlines is increasing the number of domestic flights this week.

“THY will have scheduled flights for 34 provinces from Istanbul starting June 4. AnadoluJet will start to fly 15 provinces from the capital Ankara and another 14 domestic destinations from Istanbul’s Sabiha Gökçen Airport,” announced Bilal Ekşi, the carrier’s general manager.

On a separate note, Turkish Airlines will dispatch planes to Chicago in the U.S. and Canadian city of Toronto this week to bring Turkish nationals there back home.

The Turkish consulate in Chicago said only Turkish citizens and people, who have residency permits in Turkey, will be allowed on the plane.

The flights to Chicago and Toronto will take place on June 3 and June 4, respectively.