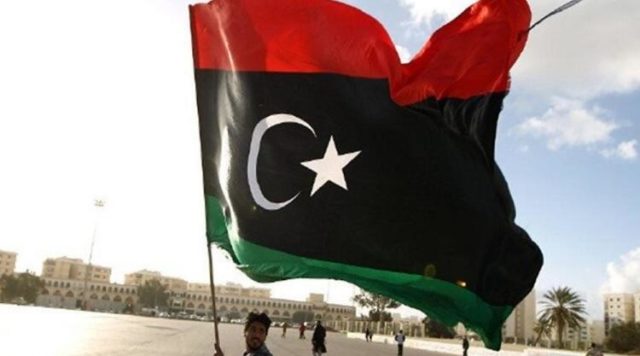 Turkey and Russia have announced that they agreed to consider creating a joint working group on Libya although they are supporting rival camps in the conflict in the North African country, reminiscing the Astana Process the two countries had formed to tackle the turmoil in the Syrian war.

Russia has long been siding with General Khalifa Haftar, the commander of the Libyan National Army, and Turkey supports the internationally recognized Government of National Accord (GNA) based in Tripoli. Although they are backing warring sides, Turkey and Russia held communication channels open on Libya as they sought the cessation of violence in the north African country.

According to the joint statement, Turkey and Russia have agreed on four issues.

The first is to continue joint efforts, including encouraging the Libyan parties, with a view to creating conditions for a lasting and sustainable ceasefire.

Another issue they agreed on is to facilitate the advancement of the intra-Libyan political dialogue in line with the conclusions of the Berlin Conference on Libya, which took place Jan. 19, and in coordination with the U.N.

They also agreed on calling on parties to take measures in order to ensure safe humanitarian access and delivery of urgent assistance to all those in need.

They will also consider creating a Joint Working Group on Libya and convene the next round of consultations in Moscow in the near future.

One of the most important aspect of this agreement was the announcement that the two sides are mulling to create a Joint Working Group on Libya with plans to hold the next round of talks in Moscow.

That reminded the Astana Process that was established by Turkey and Russia for the de-escalation of tension in Syria as the two countries were supporting the rival sides, just like in Libya.

No military solution to conflict

The joint statement recalled that President Recep Tayyip Erdoğan and Russian President Vladimir Putin launched an initiative in Istanbul on Jan. 8 to de-escalate tension in Libya so that efforts for a political resolution could be boosted.

They have reaffirmed their strong commitment to the sovereignty, independence, unity and territorial integrity of Libya, as well as to the purposes and principles of the U.N. Charter, read the statement, and “expressing the conviction that there is no military solution to the Libyan conflict and it can only be solved through a Libyan-led and Libyan-owned, U.N.-facilitated political process.”

They emphasized the necessity to combat “terrorist individuals and entities as designated by the U.N. Security Council” while reaffirming their determination to continue bilateral interaction in order to achieve security and stability in the country and improve the humanitarian situation.