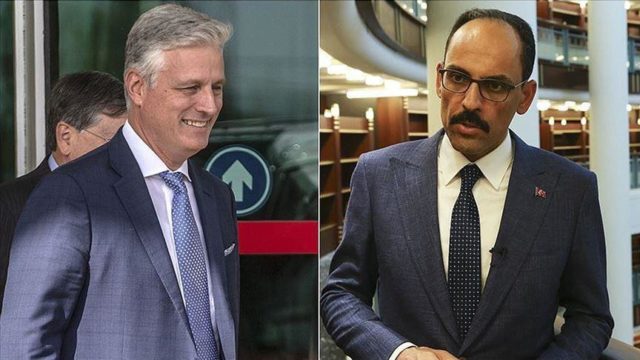 The two officials discussed various issues including recent developments in Syria and Libya, the fight against terror, the COVID-19 pandemic, and economic relations between the two countries.

It was stated that the necessary conditions for sustainable cease-fire in Libya should be maintained, the security concerns of the U.N.-recognized Libyan government should be addressed, and the negotiation process should be resumed.

It was emphasized that legitimate and reliable actors should be supported in order to promote a political solution under the leadership of the U.N.

The internationally recognized Libyan government has been under attack by Haftar’s forces since April 2019, with more than 1,000 killed in the violence.

The government launched Operation Peace Storm in March to counter attacks on the capital and recently regained strategic locations, including Al-Watiya airbase and Tarhuna.