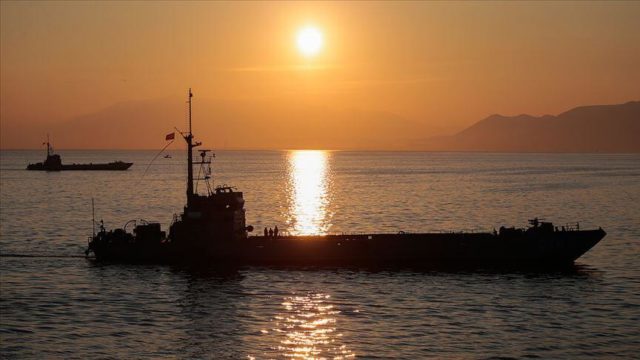 A “crucial step is taken” with a backchannel dialogue established between Turkey and Greece, Presidential Spokesperson İbrahim Kalın said on July 19, noting that Ankara and Athens can resolve bilateral matters.

“I cannot get into the details as the traffic of the conversation continues. Mr. President [Recep Tayyip Erdoğan] had a telephone conversation with [Greek Prime Minister Kyriakos] Mitsotakis on June 26. We aim to resolve our bilateral issues with Greece by negotiation,” he told private broadcaster NTV.

Confidence-building meetings were also held between the political and military authorities of the two countries, he said.

“There are issues on which there are disagreements. We believe that in principle they will be resolved with mutual respect. We can easily solve all the issues with Greece,” Kalın stated.

Foreign Minister Mevlüt Çavuşoğlu last week stated that Germany mediated in resolving the conflict in the eastern Mediterranean between Greece and Turkey, and Kalın and Foreign Ministry officials held a meeting recently in Berlin aiming to solve the problems between the two neighbors.

“An important step was taken; decisions were made. A series of parallel meetings will continue. Nobody should expect compromising Turkey’s interests. We can solve issues between Greece and Turkey as a duo, but should not be enslaved over these other issues,” Kalın stated.

Greek daily Kathimerini earlier reported that on behalf of Germany, Berlin’s foreign policy advisor Jan Hecker participated in the meeting in Berlin, while Greece was represented by Eleni Sourani, diplomacy consultant of Mitsotakis.

The daily reported that the parties discussed the resumption of negotiations interrupted in 2016 between Athens and Ankara.

Increasing EU role in combatting the stemming of the refugee influx from Turkey to Greece and a condition for Turkey to stop drilling activities in the eastern Mediterranean were presented at the meeting where Kalın objected to the second issue to be a precondition, the daily reported.