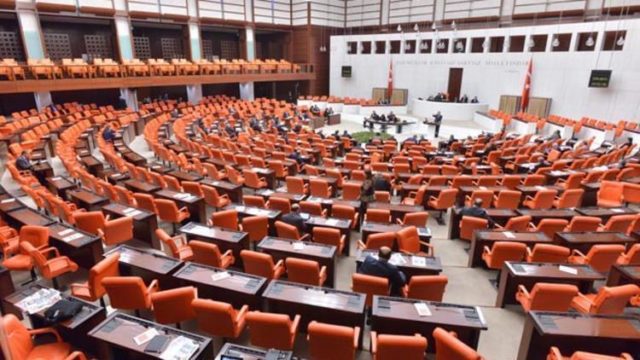 The Turkish Parliament has decided to delay going on summer recess until it completes legislating some key bills, including overhauling the structure of the bar associations and regulating social media, and elects a new parliament speaker.

Parliament annually goes on a summer recess between July 1 and Oct. 1. But the decision to delay the adjournment of parliament was published on the Official Gazette, stressing that the legislative work will continue.

Legislation of a 28-article bill concerning changes on the structures of the bar associations and their election systems has already begun by the Parliament’s Justice Commission amid strong reactions from legal professionals.

The heads of a number of bar associations wanted to enter parliament and meet the lawmakers on July 2, but they were not allowed. They stayed in front of parliament thorough the night. The main opposition Republican People’s Party (CHP) criticized the office of the Parliament Speaker for not allowing them inside the campus.

The drafted bill submitted to parliament by the Justice and Development Party (AKP) and backed by the Nationalist Movement Party (MHP) aims to reduce the power and influence of three main bar associations, namely Istanbul, Ankara and İzmir, by the formation of alternative associations.

Although there is no draft yet, parliament is expected to deal with legislating a set of new regulations on social media. President and AKP Chairman Recep Tayyip Erdoğan has vowed that measures to increase the control of social media will be introduced as soon as possible.