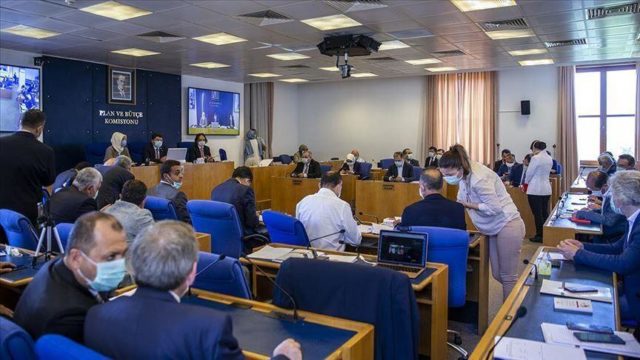 The parliament’s justice commission passed a bill early on July 6 allowing Turkey’s bar associations to split into smaller groups amid strong reactions of the legal professionals.

The bill will now head to parliament for a final vote.

The 28-article bill contains changes in the Lawyer’ Act and some other laws that regulate the duties of the lawyers and formation of the bar associations. The bill is introduced by the ruling Justice and Development Party (AKP) and supported by its main ally, the Nationalist Movement Party (MHP), while all the other opposition parties announced their opposition to the changes.

The bar associations are also against the proposed regulations as they vow to continue to protest the drafted bill.
The presidents of the bar, who have been demonstrating in front of the parliament for six days, had sent a lawyer robe and a button to the justice commission to protest the law proposal while negotiations were underway. Ankara Bar Association President Erinç Sağkan said, “If they are very eager to sew buttons on the robe. We will continue to practice this profession with our buttonless and pocket-free robes.”

He referred to a historical tradition in Turkey where judges and prosecutors do not button up their robes before senior politicians.

On June 20, bar chairs and lawyers marched toward the capital Ankara to protest the proposed changes. The police, which blocked them from entering the city, said they did not have a permit and were violating social distancing rules. Later, the marchers were allowed to visit Anıtkabir, the mausoleum of the country’s founder, Mustafa Kemal Atatürk.