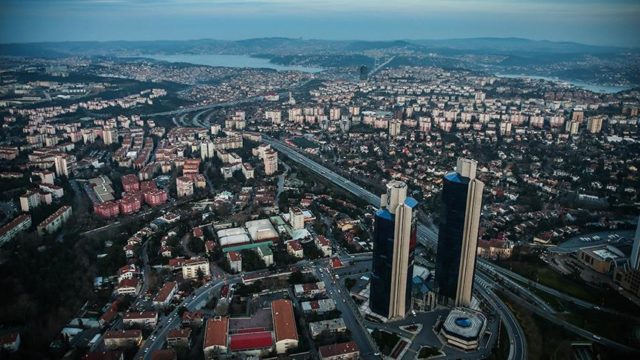 A prominent expert has warned for an immediate need to take precautions against an expected big Marmara earthquake in the aftermath of the series of earthquakes that shook the country from east to west in the last week.

“The earthquake with a minimum magnitude of 7.3 is on the way and in a place where 60 percent of the building stock is weak like Istanbul, the outcomes of such an earthquake will be huge,” said Naci Görür, a member of the Turkish Academy of Sciences.

Speaking to Cumhuriyet daily, Görür said that the necessary measures for the upcoming earthquake were not taken.

Turkey has been hit by a series of earthquakes since the start of last week as a 5.2 magnitude quake June 25 jolted Van, while Manisa was rattled June 26 by a 5.2 magnitude tremor.

In the last link of this earthquake series, a magnitude 5.5 earthquake hit the the Aegean resort town of Marmaris on June 28.

Noting that there were active faults in the continental shelf where Kanal Istanbul, just by Lake Küçükçekmece in Istanbul’s west, reaches Marmara Sea, the academic talked about a possibility of a big tsunami that could follow the earthquake.

“In a possible earthquake, these [active] faults act on every part of the canal until [Lake] Küçükçekmece. There is no escape from this,” he said, adding that landslides can be over-triggered by these faults.

He also stressed that if the tsunami waves reach the canal, the perimeter of the canal may be in danger of flooding due to a damming effect.

Meanwhile, the Istanbul Metropolitan Municipality prepared an earthquake loss estimate report for 39 districts of the country’s largest metropolis with a population of over 16 million.

The report describes how many buildings will be damaged in each neighborhood in a possible earthquake, the number of possible casualties and injuries, and the extent of infrastructure damage.

As a result of a 7.5 magnitude earthquake in Istanbul, more than 100,000 of buildings are expected to take medium and heavy damage according to the report.

The report, which shows that 90 percent of the buildings in districts such as Bayrampaşa, Şişli, Bayrampaşa and Güngören and which are 20 years or older, predicts that at least 14,000 people will die if such a destructive earthquake occurs.

Görür, however, deems the report very optimistic and claims that the number of deaths may be higher than expected.

Turkey is among the world’s most seismically active countries as it is situated on several active fault lines and dozens of minor earthquakes and aftershocks occur daily.

But the country has a history of powerful earthquakes too.

More than 17,000 people were killed in August 1999 when a 7.6 magnitude quake struck the western city of İzmit, 90 kilometers southeast of Istanbul. About 500,000 people were made homeless.