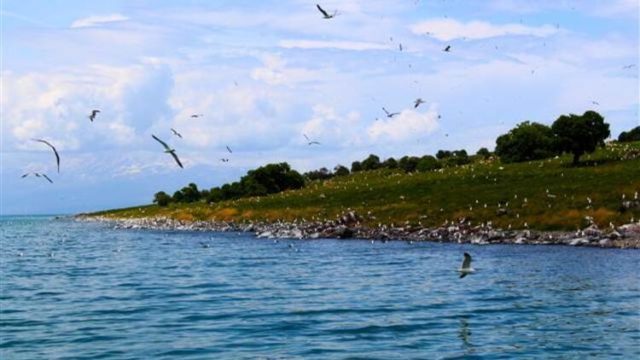 Flocks of dead seagulls have been found scattered around Lake Van in Turkey’s east.

The incident recently came to light after several residents contacted officials about seeing the dead and dying birds around the lake.

Residents in the area have been demanding that authorities look deeper into the collective deaths, which happen on an annual basis.

Locals said the current situation with the coronavirus has only added to their worries, and the carcasses of the gulls were constituting a great public health hazard, especially to children who play around the lake.

They have complained of not being able to swim in the lake because of the dead birds and are worried about contracting possible diseases from them.

Stating that the seagulls were even going inside their homes to find food, Ahmet Çıkla, a local from the area, said they have been calling on authorities to clean up the shores and find the reason behind these deaths.

Seagulls are known to choose places not populated by humans and areas that do not pose a risk to them during the breeding season, hence they prefer the Lake Van basin.

But in 2018, thousands of dead birds had been collected from the lake and diarrhea resulting from a parasitic infestation was behind the mass bird death.