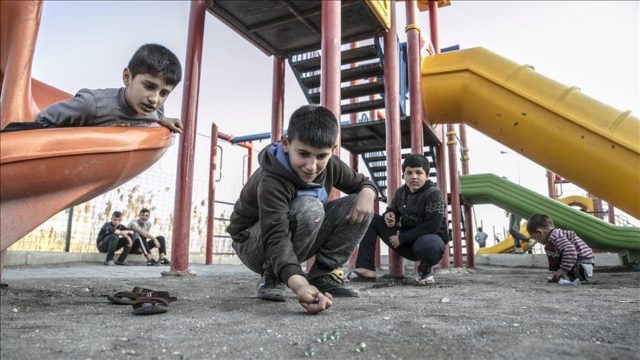 The European Parliament’s budgetary committee on June 24 approved a proposal on supporting Syrian refugees in Turkey with an additional €485 million ($545 million).

On June 3, the European Commission proposed to top up humanitarian aid for refugees and host communities in response to the Syrian crisis by a total of €585 million ($658 million).

According to the plan approved by the budgetary committee, €100 million ($113 million) will be allocated to Jordan and Lebanon, while Turkey receives the rest.

If the European Parliament’s plenary and EU member states approve the proposal, unallocated margins of the 2020 EU budget will finance the aid.

The €485 million transfer will extend the functioning of two established programs in Turkey until the end of the next year.

The Emergency Social Safety Net program provides monthly financial assistance to more than 1.7 million refugees, while the other one, Conditional Cash Transfers, helps over 600,000 refugee children to attend school.

These programs have been running as part of the 2016 EU-Turkey deal, meant to stop irregular refugee flows and improve the conditions of Syrian refugees in Turkey.

According to the EU’s latest data, all operational funds have been committed, €4.7 billion ($5.3 billion) contracted and €3.4 billion ($3.8 billion) disbursed.

Turkey is the largest host country for Syrian refugees and provides international protection to 4 million people who fled the neighboring country.