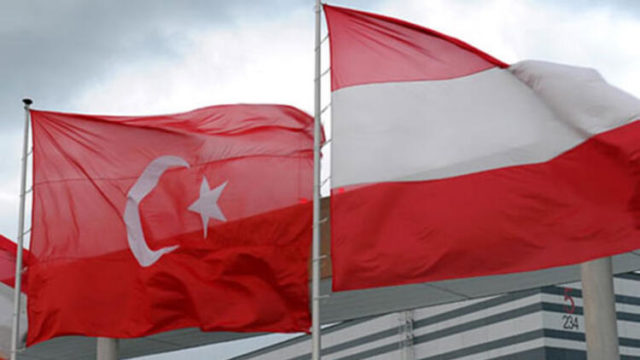 Turkey has condemned Austria for allowing PKK sympathizers to hold demonstrations in the capital Vienna, as well as a police intervention against Turkish citizens.

Last week, pro-PKK demonstrations took place in Vienna which was followed by protests from the Turkish nationals residing in the country.

A brawl erupted after the two sides exchanged words in an area of Vienna where Turks and other foreign nationals reside.

According to reports from the Austrian media, security forces stepped in following the brawl, which lasted about two hours.

The incident has angered Ankara, which lists the PKK as a terrorist organization, along with the U.S. and the European Union.

“The rallies which were organized by the PKK terrorist organization and its supporters in Vienna in recent days have been a new manifestation of insincerity in the fight against terrorism,” the Turkish Foreign Ministry said in a statement issued on June 29.

The ministry said that allowing the PKK to make propaganda through the rallies and its targeting of Turkey are “completely unacceptable.”

“In view of these events, the importance of Turkey’s concrete achievements in its resolute fight against terrorism, within its borders and beyond is understood better,” the ministry’s statement read.

It also said that Ankara condemns harsh intervention by Austrian security forces which resulted in youths of Turkish origin being injured and some workplaces belonging to the Turkish community suffering damage during the protests.
The statement also urged Austria to “properly fight” the PKK and not to “make of the issue a material for populist politics.”

The ministry said that Austria’s ambassador to Ankara will be summoned in a bid to “share concerns regarding the fact that the PKK-linked groups were allowed to organize rallies four days in a row.”

The PKK, listed as a terrorist organization by Turkey, the U.S. and the EU, has been responsible for the deaths of nearly 40,000 people, including many women, children and infants.