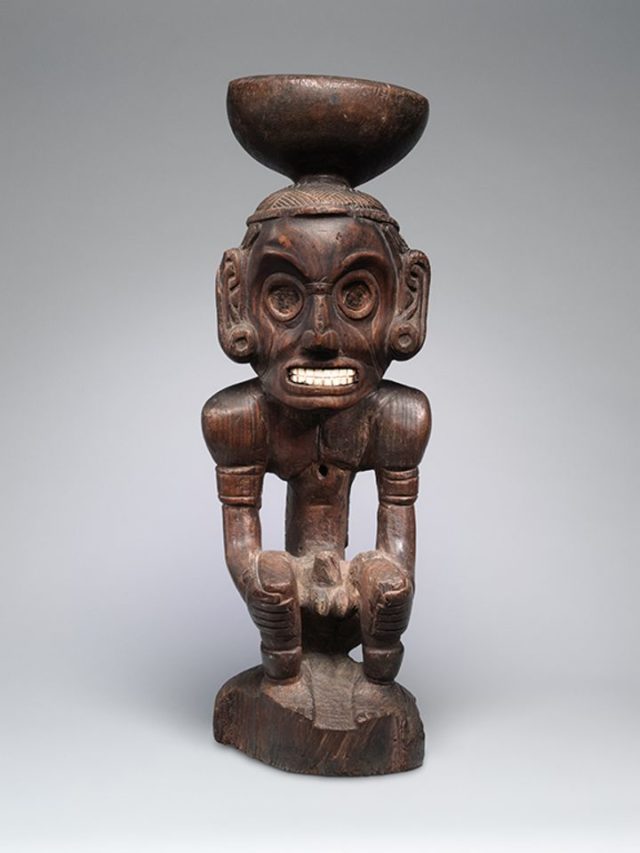 The Metropolitan Museum of Art is hastening its push into the augmented reality (AR) arena, enabling users to commune in 3D with a wooden sculpture from its shuttered exhibition Arte del Mar: Artistic Exchange in the Caribbean while listening to a curator’s commentary.

The work of art, dating from around AD1000 and probably originating in what is today the Dominican Republic, was used in Taíno religious ceremonies as a stand on which a hallucinogenic powder or paste known as cohoba would be placed for ritual consumption. The sculpture depicts a zemí, a deity or ancestor, an emaciated grimacing figure with shell-inlay teeth who squats and grabs his shins as tears course from his eyes. It is the centerpiece of the Arte del Mar show, which was interrupted by the Met’s shutdown in mid-March in response to the spread of the coronavirus.

The 9.8-megabyte AR model works on iOS devices, ideally on an iPhone running iOS 13.4.1 or later. Users can download the AR file and project the haunting figure into their surroundings–onto a coffee table, into a shower stall, in the backyard, or in a car, for example–and rotate it by 360 degrees and zoom in and out. (Barbara Bridgers, the head of imaging at the Met, says that she recently used the AR file to experience the weeping zemí in Central Park.) Meanwhile, users can hear the show’s curator, James Doyle, describe the zemí’s power and significance in English or Spanish.