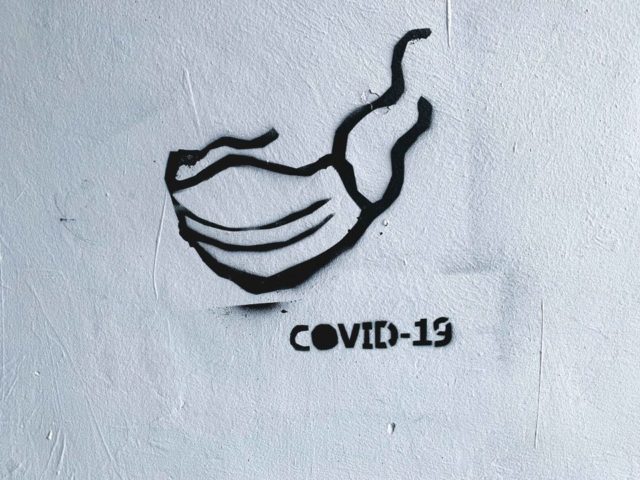 Many British artists and musicians, whose incomes have been decimated by Covid-19, are failing to qualify for the UK government’s self-employment income support scheme (SEISS), which launched online last week attracting hundreds of thousands of claims.

The Musicians’ Union estimates that almost 40% of its members do not fulfil all the requirements of the scheme, which stipulates that at least 50% of an individual’s income must come from self-employment and their profits must be £50,000 or less. Those who trade through a limited company are disqualified as are those who began their self-employment in the current tax year.

Equivalent figures are still being compiled by artist unions and organisations, but Julie Lomax, the chief executive of a-n Artist Information Company, the largest artists’ membership organisation in the UK, says “a large number” are going to fall through the cracks. The chancellor, Rishi Sunak, said in March the SEISS would cover 95% of the self-employed, but HMRC now concedes that figure will be nearer 66%.

In Scotland, just 20% of artists could be covered by the scheme. According to a recent survey by the Scottish Contemporary Art Network (SCAN; check here for resources), almost 80% of artists say they are unlikely to apply. Clare Harris, the director of SCAN, says: “Our feedback, both from the survey and from ongoing member engagement, shows that a significant proportion of those working in visual arts are concerned that they won’t qualify under the criteria of the SEISS. These could be people who augment their self-employment income with part-time PAYE work, from the gig economy, or from other sources which are now no longer available to them due to the current situation.”

According to Lomax, big institutions such as museums and universities put artists on PAYE for tax and insurance purposes, but often only for very small amounts of work such as two lectures a year, “so they’re not working enough hours for that employee to be able to put them on furlough”.

Some artists are being rejected by the SEISS eligibility checker despite thinking they qualify. Edinburgh-based Heather Marshall, a member of the Working Class Artists collective, says her PAYE work accounts for less than 50% of her income, but has been rejected online. “It’s been a nightmare trying to get through to HMRC on the phone, I’ve been on hold for two and a half hours trying to appeal it,” she says. “I’m a disabled artist, so I have to weigh it up: yes, I need the money to survive but I also need to look after my mental health. To get rejected in this current climate is really hard.”

Marshall says she has been able to claim Universal Credit, which covers her rent, as well as bridging bursaries provided by the Scottish government. Of the rest of her collective Marshall says: “There are a few who are on salaries, two members who know they will get the self-employment grant, but everyone else is up in the air. It feels like we’ve all been knocked back a step.”

Established artists whose production costs may be higher are being penalised by the UK government’s scheme. Lomax cites “a very well known artist” who has recently contacted her for advice. “They have had major shows and works in major biennials, and they are very concerned,” Lomax says.

She explains: “If you have had a year where you’ve made a lot of big exhibitions and a lot of commissions, your actual profits on what is going through your bank account are quite small because your costs are very high.” The SEISS is based on 80% of trading profits spread over the past three years, allowing self-employed workers to claim a maximum of £7,500. The scheme is currently limited to three months.

One anonymous artist quoted in an open letter sent to Sunak by the Artists’ Union England on 2 April notes how they have spent around £30,000 over the past two years preparing for sculpture exhibitions which were due to open in Belgium in March and Germany in May, both of which have been cancelled. A London show slated for September is still up in the air. “I only have £2,000 left and was expecting to sell work at the exhibitions. This means that for at least the next six months I will have no income at all,” the artist says.

Those who have taken maternity leave in the past three years are also facing set backs—the time off is not discounted, bringing average earnings down. “There is an element of discrimination around parenting and in particular women,” Lomax says, noting how the current situation is highlighting longstanding inequalities. “What Covid-19 has done is really expose the precariousness of the business models and the way that artists are actually being forced to work, due to taxation and insurance rules. The tendency for the commission and the fee to be lumped into one big lump sum is problematic,” she adds.

Other emergency measures have been put in place, including grants from Arts Council England (which have now closed; other resources can be found here) and Creative Scotland, which put in place a £2m bridging bursary fund for artists (also now closed), which was bolstered by an extra £1m from the Scottish government and £1m from a private foundation. At the end of April, the Scottish government put a further £34m into a Newly Self Employed Hardship Fund—“hugely welcome as one way to safeguard those who weren’t covered by the UK scheme”, Harris says. The Arts Council of Wales is launching a “stabilisation fund” on 29 May.

Going forward, Harris says the main concern is identifying those who are still struggling, and why. She says: “Interestingly, when asked what other forms of support they need, one in ten of our survey respondents mentioned a Universal Basic Income. They are also concerned that beyond the immediate needs, there is a long-term puzzle to solve around rebuilding what were already precarious livelihoods.”

As one artist says: “My greatest concern is not short-term loss of earnings but the availability of work and arts funding in the economic crisis that is to come.”